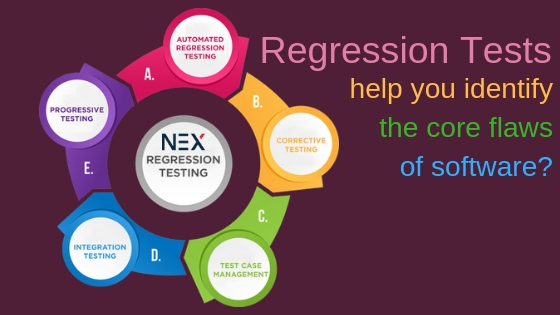 Software testing is an eminent part of the software development cycle and there is simply no doubt about this fact. Testing is as important as the development of the software. Simply, because, if a software is not tested properly, it doesn’t really solve any purpose. At the end of the day, no engineer or even a company would like their software to fail while they are live. Also, the complete purpose of building software fails if software doesn’t perform the way it should. However, most of the glitches can be sorted and fixed with ease, but, it is important to identify such glitches beforehand.

The evolution of software testing

Though, software testing or application testing is not a new phenomenon. It is being practiced for years, but engineers are now finding newer ways to test. Simply, because the development processed are speeded up as well. Development is not the same as it was years back, though, some of the core techniques might look same, but they have also evolved in a certain way. And, same is the case for app or software testing. Some of the methodologies may look pretty similar, but at the end of the day, testers have to update their skills and processes to make sure the techniques are perfect for the present time.

What do we actually mean by regression testing?

Why is regression testing done?

Regression tests are done to make sure that there isn’t any type of regression in the state of application or software. It is done to verify the latest code has not initiated any old glitch or issue. It makes sure that none of the old bugs irritate the software developers, and to even identify any old bug which was not fixed properly. Regression testing is basically done, to make sure that your app or software is performing perfectly. The app or the software should be performing in the same manner as it used to earlier, or as you expected it to be, irrespective of the changes.

A Video on basic understanding of Regression Testing by HandsonERP
https://youtu.be/1o_msdu6sIo

How Do Regression tests help to find out core functions and flaws of software?

Regression testing does let you identify the major bugs or the problems. The bugs can be new which are added after the changes are made, or the bugs can also be old, which are not fixed on time. Therefore, in a way, regression tests help to easily know about the main flaws and even the impending ones. This allows the software consultancy services provider to quickly fix such issues. Now, when it comes to finding the core functionalities, continuous running of the regression tests do help to figure out that as well.

When it comes to meeting the tough deadline, every developer wishes to assume that the code is in the perfect shape, and the software or the app is ready to release simply because all the unit and smoke tests are clear.  However, the engineers have to keep in mind that regression testing is specifically devised to re-run all the required tests. This is done to ensure that the software or the app is free of regressions. It is not only an advantageous test but should also be an important part of the software development cycle.

Did you know positivity can exponentially impact the software development process?